The Zombie Apocalypse is here! In this game that led off the Zombie game craze in 2001, players explore a modular board and kill zombies. Lots of zombies. The game comes with 100 plastic zombies, but if that isn’t enough, you can buy packs of more zombies! The object of the game is to be the first player to reach the “Helipad” tile to escape the infested city, or to kill 25 zombies. Players build the board as they go, exploring the city, adding zombies and slaughtering their way to victory.

Today, there are Zombie games galore, but Zombies!!! still stands out as a simple, well balanced, hack and slash board game. The instructions are clear and well written, the toy value is fantastic with so many little minis and the re-play value is good because of the massive number of board combinations. Plus the fact that there have been 12 expansions and several spin-offs from the game.

During their turn, players draw a board tile and place it, add zombies, combat zombies on their space, draw and play event cards, move their player token and move zombies. Combat is simple, being resolved by a simple roll of a 6 sided die.

A nice feature is that when a player draws the Helipad space, the player with the least amount of zombies places it, helping to balance the game.

So if you are looking for a medium weight kill-em-all type zombie game, this game is for you. Recommended. 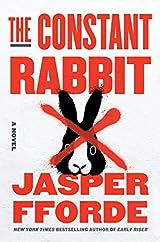