Like amusement parks? Ever wanted to create your own? Steam Park is a strategic board game in which you must build attractions and support buildings in order to attract visitors and make money. But you must also keep a clean park as well, and visitors litter… In the end, the player with the most money wins.

Steam Park is played over a series of 6 rounds. Each player has a game board and 6 dice. The dice have blank, tent, building, visitor, dirt and dustpan faces.  The first phase is the “roll dice” phase. Players decide on their strategy and all players simultaneously roll their dice, and continue rolling until they achieve the dice combination that they want. However, the first person to achieve their desired roll, will quickly take the first player token, and subsequent players take the following initiatives. Besides getting the early play option, players also receive dustpans or dirt, depending on their initiative placement. So going early is a huge bonus. Players who take a lot of time to assess their rolls will not only play later in the round, but may also have to contend with extra dirt.

After all players have finished rolling and have taken their initiative markers, play moves to the next phase, the “dirt” phase. Some dice faces have dirt icons. Each player counts the dirt icons from their dice, any dirt from their initiative card, and one for each visitor in their park. At the end of the game, players are penalized and must pay to have their dirt removed, so keeping a clean park is very important.

Then, in initiative order, players resolve their dice, building rides of various colors, building buildings which have game effects such as helping with cleaning or giving bonus visitors, trying to attract visitors to their rides, playing cards, expanding their parks, or cleaning up dirt.

Attracting visitors has a strange but interesting mechanic. I mentioned that the rides are of various colors. There are visitors of each ride color. The object is to get the visitors of the same color as your built rides. The game has a bag, which at the start of the game contains one visitor of each of the 6 colors. When you attempt to gain a visitor, you add a visitor of your color choice into the bag, then draw randomly causing the bag to return to 6 visitors, but in differing color combinations,  in an attempt to gain the color visitor you need.  This can cause some nice strategic gameplay as you attempt to fill your park with different color rides, and seed the bag with visitors of the color you need (and deplete it of colors that your opponents need), in order to increase the odds in your favor.

Steam Park is an interesting and fun game with different mechanics, and a good amount of strategic play, and a little luck to shake things up a bit. The components are nice, and the game play is well balanced with many different ways to win. We played a 3 player game, and the all players were within 5 points of the winner.  Some players might be turned off by the “luck of the draw” mechanic for gaining visitors, but we found it added a nice little spice to the game. 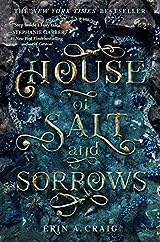