Don’t Panic! It’s just a game, or game(s). In this series of games, (which includes “Dead Panic” and lots of expansions which I do not own,), you must defend your castle/ship from invading armies of bad guys. The basic premise of the panic games is that you have a tower/ship in the center of the board. Castle and Munchkin Panic have a set of walls to protect the tower while in Star Trek Panic, you have cool acrylic blue shields to protect the Enterprise. The board consists of concentric rings spreading out from the center tower/ship, and is divided into six sections. Enemies will come onto the board in the outermost ring in a section determined by a roll of the die. The enemies will move closer and closer, eventually taking out the walls/shields and towers/ship unless they are killed first. To win the game, you must destroy all your enemies before they destroy your castle/ship.

Players have a hand of cards (the number of cards depends on the game and/or the number of players). These cards will be used to attack enemies, repair walls/shields, or other game effects. The order of play for each person’s turn is mostly the same for every panic game. Draw up to your full hand, discard one card and re-draw (optional), some sort of traiding or “charity” (Munchkin), play cards, move enemies, and place new enemies on the board.

I won’t go into too much more detail about the game mechanics since each game has it’s own fiddly bits that would take too long to go into here. If you are trying to determine which Panic is right for you, I’d recommend basing it on the theme of the game. The game play isn’t different enough, in my opinion, to pick one over the other based on the rule set. Munchkin has treasure cards and a charity phase, which will only make a difference to someone who plays Munchkin. Star Trek Panic has the players go on missions while they are fighting, which plays a little differently, but if you don’t like Star Trek, you probably won’t care. I haven’t yet played Dead Panic, but as the title suggests, its theme is the Zombie Apocalypse. If this is your thing, I can with some surety say that you probably won’t go wrong picking up Dead Panic with, or instead of one of the other versions.

The Panic series also can be played in several modes, cooperatively, competitvely and solo. So there is a way for almost anyone to enjoy these games. We will generally play the games cooperatively. They all seem to be well balanced so that you won’t always win, and the tension can run pretty high when you’re down to a few last monsters, but only a couple of tower/wall/shield/ship points.

Monsters are placed with a random die roll. This can be good and bad. I have lost games based solely on the fact that we couldn’t roll anything but a 4 on the die, so all the mosters came in on one side, and we couldn’t get enough cards to take them out. Most of the time, we get a fairly even distribution. This can make the game really tense when you get an area that is starting to get more enemies than another.

The Panic games aren’t terribly strategic, mostly based on luck and die rolls, but savvy play can make the difference between a win and a loss. They are filled with humor and fun thematic bits.

If you like games like Forbidden Desert or Forbidden Island or are looking for a good cooperative game that is a little lighter than Pandemic or Dead of Winter, then pick up a version of Panic and give it a try. It’s a good family game. They are recommended for 10+, but in cooperative mode, I believe that younger children could easily enjoy them as well. 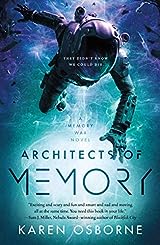